Surrey is a cultural capital of Canada and British Columbia’s fastest growing municipality – which is why the transformation from suburban town centre to a vibrant, green, downtown is a natural progression for the cities core.

Surrey City Centre already offers rich diversity and affordable housing close to Vancouver, but it’s plans to evolve are an even stronger draw to get involved in the community.

Skytrain stations and multiple bus routes make the 35 km commute to Vancouver convenient for residence. The City Centre plans to grow its transportation hub and become even more connected to neighbouring communities with the new Light Rail Transit (LRT).

Targeted to complete in 2024, the LRT is a key inspiration in the new vision for the area.

Along with the electricity-powered LRT, the Surrey City Centre transformation also features a walkable, pedestrian-friendly downtown in efforts to be a green community.

The civic plaza is a perfect example of this, as it will include amenities such as seating, bike racks, public art, and specialty paving. Already home to City Hall and the City Centre Library, the plaza will also be home to 3 Civic Plaza.

At 52 stories, 3 Civic Plaza is the tallest tower in Surrey. As a mixed-use project it will host nearly 350 homes, a convention space, hotel rooms brought to you by the Marriot – Autograph Collection, a restaurant, and the new Kwantlen Polytechnic University (KPU) campus.

The 349 luxury condominiums will begin on the 39th level of the building, all the way to the 50th floor. At these heights residence will have unbeatable views of Metro Vancouver. Keeping with the cities plan for a green community, the rooms contain high-efficiency, Energy Star-rated appliances.

The KPU Campus will have 5 floors of space in  3 Civic Plaza, and is expected to open in 2018. The campus will offer upper-level business courses, graduate credentials and professional studies. Being in the Central Downtown neighbourhood of the City Centre, it is expected that student energy will fuel the spirit of the area.

Other major developments include The City Centre 1-8. City Centre is an eight building commercial space project. The buildings will service health care, medical technology and extended care sectors. The first building, City Centre 1, completed in 2014. It is a mixed-use facility with retail on the bottom floor, and office space on the remaining 11 floors. Currently, space is occupied by medical specialists, professional firms, the Health Tech Innovation Foundation, and the Health Tech Innovation Hub.  City Centre 2, and 3 are currently under development, but will be used by similar practices.

Central Downtown is 1 of the 11 proposed neighbourhoods – each with their own identity and function.

Between the various neighbourhoods and diverse housing, Surrey City Centre is designed to offer something for everyone.

Along with numerous green spaces, such as Holland Park, Surrey City Centre also plays host to a handful of community events throughout the year. To get a feel of what this community already has to offer, stop by one of their events this Summer. 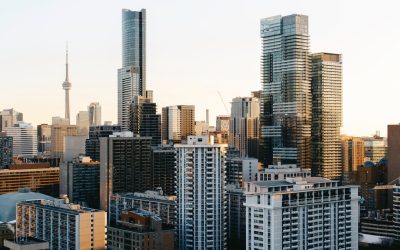 Back in September in the heat of a federal election campaign, foreign speculators were widely identified as one of the key reasons for soaring Canadian real estate prices. A new research report from Baker Real Estate Baker Insights Group (B.I.G.) looks at the facts...